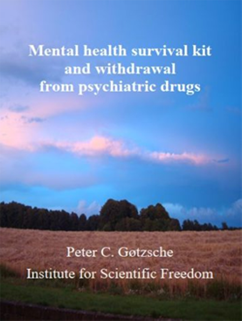 This book will help people with mental health issues survive and come back to a normal life. The general public believes that drugs against depression and psychosis and admission to a psychiatric ward are more often harmful than beneficial, and this is also what the science shows. Even so, most people continue taking psychiatric drugs for many years. This is mainly because they have developed drug dependence. The psychiatrists and other doctors have made hundreds of millions of people dependent on psychiatric drugs and yet have done virtually nothing to find out how to help them come off them safely again, which can be very difficult. The book explains in detail how harmful psychiatric drugs are and tells people how they can withdraw safely from them. It also advises about how people with mental health issues may avoid becoming psychiatric “career” patients and lose 10 or 15 years of their life to psychiatry.