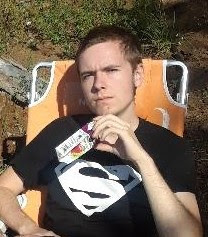 Great news! Thanks in part to consistent and vigorous advocacy by Charles mother, with help from MindFreedom Shield members, Regions hospital has suspended Charles involuntary shock ‘treatment.’ at least for now.

His mother says that there is no need for MFI Shield members and activists to send additional letters/emails for now. Charles mother wants to thank MindFreedom Shield members and looks forward to becoming a Shield activist for others in the future. She warns, however, that Charles still has a hearing next week and that the Shield may need to be reactivated if the staff at Regions hospital acts capriciously by starting up Charles shock ‘treatments again on short notice.

MindFreedom International wishes to thank those of you who donated time to writing letters/emails and making calls on Charles’ behalf. His mother hopes that he will be discharged soon. MindFreedom staff will stay in contact with Charles and his mom to make sure that he is discharged soon and that he receives adequate support to help him transition from a very restrictive and traumatizing environment to a place where he can heal from psychiatric oppression.

Charles is a young adult who has been diagnosed with autism. He is a spiritual person who likes to read the Bible a lot. He likes music and video games. This year, his mother was supporting Charles’ transition to greater independence in the community by identifying various programs that would tap into Charles’ strengths and interests, such as Options, Fraser, and NAMI.

All of this progress was derailed when Regions hospital detained Charles against his will for over three months. During this time, he was subjected to psychiatric drugs by force, including powerful psychiatric drugs commonly known as ‘antipsychotics’. As with many people in distress who are restrained and drugged by force, the psychiatric interventions to which Charles was subjected worsened him mentally, physically, and emotionally. Disturbingly, the staff at Regions then started to subject Charles to shock ‘therapy’. At this writing, Charles has receive 20 shock ‘treatments’.

According to his mother, who has been visiting him frequently, her son appeared to be in a ‘vegetative state’ during a recent visit.

Ron Bassman, Executive Director of MindFreedom states “No matter what the circumstances, forced shock is unacceptable. It is torture. No one deserves to lose their autonomy under the guise of helpful psychiatric treatment.”

Charles has now received the spirit-breaking diagnosis of schizophrenia. At a recent hearing, the psychiatrist recommended to a judge that Charles receive 14 more ECT shocks. In about ten days, Charles will have another commitment hearing. Even if Charles is discharged soon, as he hopes, the state of Minnesota can continue to legally drug and shock Charles against his will, on an ‘out-patient’ basis, depending on the outcome of this hearing. This is no doubt, a traumatizing experience for Charles.

This ongoing psychiatric abuse is unconscionable and moreover it is being carried out at a medical training hospital. Instead of honoring the Hippocratic Oath to ‘First, Do no harm’ this hospital is training the next generation of psychiatrists that it is OK to shock young adults against their will. This is not acceptable! The potential for ECT to cause permanent brain damage is well documented by experts, shock survivors, and their allies. Read HERE or HERE to view some of the documented evidence against shock.

MindFreedom International calls on Regions Hospital and its parent company, UnitedPartners to cease and desist from shocking Charles against his will, effective immediately.

We supports Charles’ right to receive an alternative psychiatric evaluation, receive services from a competent peer advocate, and appropriate ongoing medical support to help him to safely taper off all psychiatric medications if that is his desire.

We call for an investigation into the competency of physicians and social workers at Regions hospital and demand that if needed, they receive training in supported decision making from disability experts and legal advocates.

Finally, we call for all agencies and services providers in the city of St. Paul mandated to serve disabled young adults, to vigorously protect the rights of Charles Helmer and identify and offer humane, effective services to help him achieve a satisfying and purposeful life in the community. Furthermore, we demand that appropriate services be delivered without condition (i.e. without requiring that he remain compliant with abusive and harmful psychiatric interventions.)

Take action today using this list of ways you can support and protect Charles by clicking HERE.

If you want more details about Charles’ story, click HERE