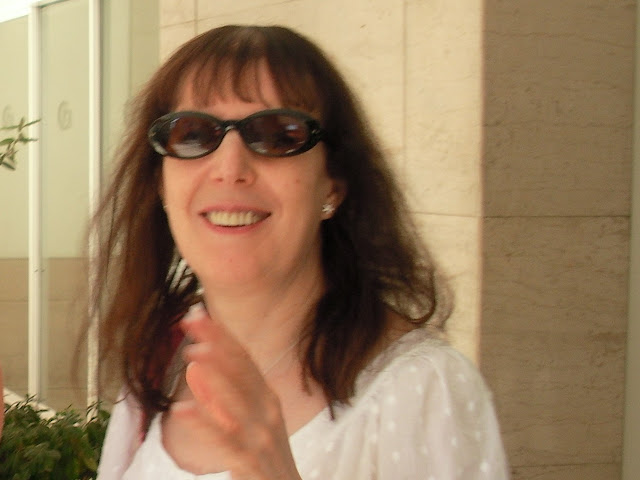 The service user/survivor movement has lost one of its most influential founders. Jan paved the way with a quiet determination, great passion and a sharp intellect. Her publications are too many to mention but they span almost four decades. She has been at the heart of service user involvement and survivor research with seminal works that include:
From Anger to Action
We’re Not Mad We’re Angry
Survivors Speak Out
Strategies for Living
SURGE (Service User Research Group in England)
On Our Own Terms – Users and survivors of mental health working together to support change

On Our Own Terms became the founding document for the National Survivor User Network (NSUN). In 2003 service user-led research, coordinated by Jan Wallcraft, urged the formation of a national network to bring individual mental health service users and groups together to encourage good practice and build the capacity of the sector. Following its publication 200 service users and survivors attended the “Doing It For Ourselves” conference in Birmingham in March 2006. By 2007 five years funding was secured to set up a service user/survivor led national network. Jan remained involved in NSUN’s development and was a member of the interview panel for the new NSUN Manager in 2009.

In my role at NSUN, whenever I felt lost or disillusioned I would return to Jan’s work and find inspiration, things would make sense and I’d find my way again.

Jan leaves a remarkable legacy, which will continue to influence and ground us for many years to come.

Our condolences to all who knew and loved Jan.

Really saddened by loss of my long term colleague and I hope friend Jan Wallcraft. We wrote our first article on survivor research together in 1997 and our last on a social model of madness in distress in 2016. I’m proud to have known her and really sad that she didn’t have longer to enjoy life, her family and all her achievements. She will be remembered for all the right reasons - a brave pioneer. May she rest in peace. Peter

A thank you from Sara Wallcraft, Jan's daughter

I just wanted to say thank you to everyone who has been saying such wonderful things about Jan. I was on the periphery of all this, growing up - I remember hanging out with my brother in the Mind offices in Harley Street on summer holidays, stuffing envelopes with copies of MindWaves and linking all her paperclips together. I've met many of her friends, and heard more than you can imagine about her ideas for the survivor movement as it developed over the years.

She was also an amazing cook and doll's clothes maker, a keen Bob Dylan fan, and a somewhat terrifying singer. She fought like a lion when either of her kids needed it, and knew how to "write a good letter" to get her way. She was a hippy and environmentalist, but also loved anything pink and sparkly.

It's a little difficult, from my perspective, to get an idea of what she really achieved and meant to other people, so it's been awesome to see this reflected in the notes and tributes that have been posted online. She was forever passionate about making a difference, and would be so happy to know that she did.

My heartfelt thanks to NSUN and Sarah Yiannoullou for your kind words.

A tribute from UNISON

We are saddened to inform Unison members and activists about the death of Jan Wallcraft, stalwart of the mental health survivor movement and ally of the labour movement and our union in particular. Jan, was active in the 1980s Survivors Speak Out group, was a key figure in sustaining initiatives such as MindLink, the user voice within Mind, and the establishment of NSUN, the national survivor/service user network. Her critical thinking was expressed in survivor led research and a substantial output of engaging, principled and provocative writing, including the seminal On Our Own Terms. Delegates to Unison Health Conference in 2017 might remember her powerful contribution to our nursing fringe event, where there was discussion of the benefits of progressive and democratic approaches to mental health care for service users and staff but also the harms to all arising within overly coercive metal health services. Some of this debate drew upon a call made originally by Jan for a process of Truth and Reconciliation applied to psychiatry. Hers was a long-standing allyship with our union: in the early 1990s, together with Jim Read, Jan first collaborated with COHSE and then Unison on ground-breaking guides for staff on empowerment of service users, the value of advocacy, and equalities. These were each substantial booklets and form a lasting legacy for the importance of solidarity between radical service users and trade unions representing the healthcare workforce. It is these alliances that will sustain our struggles to defend the NHS and develop better services that are more respectful of both employee and service user voice.
NSUN will be featuring more tributes to Jan. Please email us if you would like to contribute. Jan's family have set up a justgiving page in her memory.
alle giovedì, marzo 26, 2020