The Time to Strike is Now: A Call for Anti-ECT Activism by Bonnie Burstow, PhD

The Anti-Electroshock Proclamation
We who care, We who are committed to decency, We who behold with horror the disrespect for human life around us, We who shudder at the knowledge Of women whose memory has been turned into ember and ashes, Of families brutally torn asunder by pulse waves or sine waves, Of the elderly, whose final life reward is electrocution, We who hold this fearful knowledge can be silent no longer. LEGISLATORS, on this, the week of Mother’s Day, we hold you directly accountable and call on you to withdraw your authorization for electroshock. FELLOW CITIZENS who think this “practice” stopped decades ago, on this the week of Mother’s Day, We tell you that the carnage continues and that you too are responsible. On this the day before Mother’s Day, May 20__, as survivors and allies, we come together to raise our voices in protest, And we vow to return, Return, And return again Until this abomination Is no more. (Burstow, 20041)


The purpose of this blog article is to provide you with some critical counter-hegemonic information. Additionally, the article constitutes a call to action. More specifically, it is a call for action against one of the most horrendous of the current day psychiatric atrocities—the horror euphemistically known as “electroconvulsive therapy.”
The contexts for this article and for this rallying call—and the contexts are important not only as context but also in themselves—are:
And yes, by the way, these are the very machines and procedures that year after year the industry has assured the unsuspecting public are new, improved, safe, and effective—so much for professional pronouncements! And to think that the most of the media still falls for such propaganda! That said, for this breakthrough, we need to thank the law firm D.K. Law Group, who took the case, as well as the gutsy plaintiffs, and the various honest professionals—and there were legions—who provided data that belied the official industry line and/or gave testimony. Though most of all, I would like to acknowledge the courage of one woman shock survivor, whose vision this class action suit was and who did a gargantuan amount of the legwork to make it happen: the as-yet “unsung hero” Deborah Schwartzkopff! I would add, you can soon expect similar lawsuits in state after state throughout the world. Correspondingly, if you yourself are a victim of ECT in any state, I would encourage you to write to ECT@dk4law.com.
The final context—and a particularly compelling one it is—is a personal decision that was made a few months ago by still another courageous woman shock survivor—Ontario resident Connie Neil. Having been profoundly damaged by shock and having both testified and organized against it for years, a short time ago Connie approached Coalition Against Psychiatric Assault announcing her intention to go on a hunger strike against electroshock, and asking CAPA to organize it. After she had received her doctor’s approval and advice on how to do a hunger strike safely, CAPA’s answer was a resounding yes! And what other answer could it conceivably be!!?
I ask the reader to try to stretch to take in the enormity of what has happened here. At a time when society is finally making advances against ECT, what Connie has handed us is nothing short of sensational. Mounting a hunger strike is in line with the best of mad activism—note, in this regard, the Fast for Freedom Hunger Strike of 2013 against the American Psychiatric Association. It dramatizes, makes concrete, and in the process, has the chance of grabbing the attention of the general public. Please note, additionally, that the master of non-violent resistance, Gandhi himself, emphasized the importance of symbolism in non-violent action—and note that what Connie is handing us here is an enormously potent symbol: nothing less than an 80-year-old woman shock survivor who is going on a hunger strike to try to stop the horror that was visited on her from continuing to be visited on others. A symbol like this drops in one’s lap once in a lifetime. And as informed citizens, we are duty-bound to make the most of it.
Hence CAPA’s increased initiative during the week of Mother’s Day. And hence this call for solidarity—this call to action.
So what exactly is CAPA planning for the next year? The agenda, as it has evolved, is as follows:
So what can you do? Or to put this another way, how might you yourself get involved?
If you are an organization, examples of things that you can do are:
Individuals may similarly join.
Anyone or any organization that wishes to become involved, whether by taking up one or more of these suggestions, or in any other way, you might begin by emailing the Coalition at capacommittee@gmail.com.
In ending, I would encourage as many people and groups as possible to join in this action and/or to create an anti-ECT protest of your own. The long and the short of it is: it is time for the lies about ECT to stop. And beyond that, it is time for the very use of ECT to stop.
What we have here is a social justice issue. What we have here is a feminist issue. Despite the “pseudo-medical” overlay, what we have here is a crime against humanity. Moreover, the momentum is with us.
And the “time to strike” is now.
Show 6 footnotes 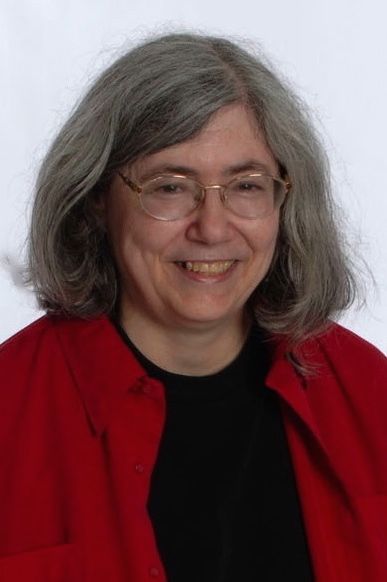 Bonnie Burstow, PhD
Deconstructing the Institution: Dr. Burstow is a faculty member at University of Toronto, and an antipsychiatry activist. She writes about language, institutional ruling, resistance, and social change. Works include The Other Mrs. Smith, Psychiatry and the Business of Madness, Radical Feminist Therapy and Psychiatry Disrupted. For more information, see bizomadness.blogspot.ca
alle mercoledì, dicembre 26, 2018