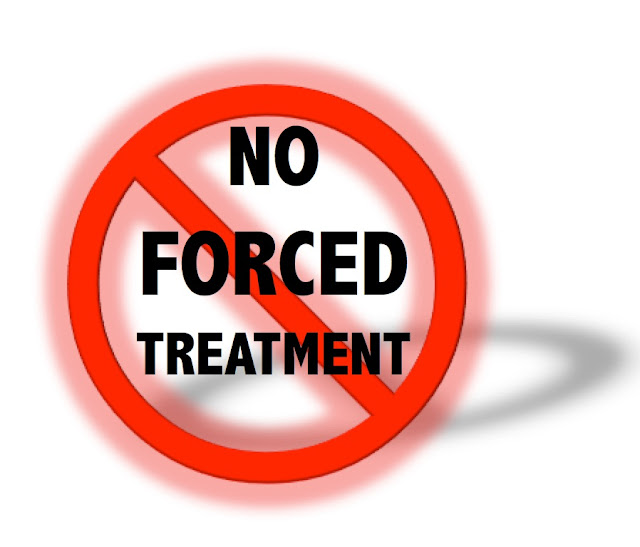 We are writing to inform you about the situation regarding the Draft Additional protocol to the Oviedo Convention which poses danger to the rights of all (ex-)users and survivors of psychiatry in CoE Member States. We are calling you to join us and take action against the Draft Additional Protocol.

What is the “Draft Additional Protocol concerning the protection of human rights and dignity of persons with mental disorder with regard to involuntary placement and involuntary treatment” currently proposed by the Council of Europe?

The objective of this Draft Protocol is to further develop in a legally binding instrument the provisions of Article 7 of the Convention on Human Rights and Biomedicine and those of Article 5 § 1 (e) of the European Convention on Human Rights. Put simply, the aim of the Draft Protocol is to establish standards of forced measures in psychiatry and make them part of human rights law as established by the Council of Europe.

How the Draft Additional Protocol was initiated

Why the Draft Additional protocol is dangerous for our rights:

You need to know that acceptance by the Member States of the Council of Europe of the Draft Additional Protocol will lead to confusion among policymakers and significant delay if not the full stop of mental health reforms that are underway. Therefore, it will in no case contribute to the protection of human rights of people with “mental disorders”, but rather support the status quo characterized by power imbalances and ongoing neglect of the real needs of persons with psychosocial disabilities and lead to the continuation of human rights violations in psychiatry.The adoption of the Draft Protocol will also lead to confusion in the legal field by creating conflicting standards where “European human rights” would be of lower quality than human rights standards on the international level. Many national courts base their rulings on instruments of this type approved by the Council of Europe, as well as the European Court of Human Rights whose case law precedents would change accordingly just when they have progressively been based more and more often on direct references to provisions of the UN CRPD.

What can be done?

After devoting a significant amount of time, effort and funding in an attempt to influence the drafting of this Additional Protocol together with other allies and stakeholders since 2014, ENUSP firmly believes that no improvement in the wording of the Draft Additional Protocol can change the situation. We have called multiple times [2] on the Committee in person and in writing to withdraw this Draft Protocol and many other organisations have done the same, including the European Disability Forum (EDF), Mental Health Europe (MHE), the OHCHR, the UN CRPD Committee, the Special Rapporteur for the Rights of Persons with Disabilities, MDAC, Human Rights Watch, and more. Despite all of the arguments put forward, the Committee on Bioethics (DH-BIO) has continued to work on the Draft Protocol. It seems clear at this stage that no further feedback and consultations can improve the process and there is a need to address all relevant stakeholders at the national and European levels, including our members directly.

The next discussion of the Draft Additional Protocol by the Bioethics Committee (DH-BIO) is planned on 23-25 May 2018 with a view to a decision to send it for opinion to other Council of Europe bodies/committees. Members of the DH-BIOhave been requested to send their comments on the draft text by 27 April 2018. After this stage, the General Assembly of the Council of Europe will vote on whether or not to adopt this Draft Additional Protocol before the end of this year.

We suggest you contact the members of the Bioethics Committee in your countries, in any suitable way and let them know that the Draft Additional Protocol is not compatible with the UN CRPD and will not protect us from the violation of our rights. You will find attached a draft letter as a suggestion on the type of arguments you can put forward. Also, it would be good to address other players in your countries, who either are supposed to vote on the Draft Additional Protocol or can join us as allies, namely:

· Representatives of the Ministry of Health

· Representatives of the Ministry of Foreign Affairs

· Ombudsperson of your country

· National Prevention Mechanism against Torture in your country

· Organisations working in favour of the rights of LGBTI persons

The list is open and is given just as a suggestion. Please let us know if you have other key and potential stakeholders in mind who should be contacted.

We hope that this memorandum has convinced you of the urgent necessity to fight this Draft Additional Protocol on the “Protection of Human Rights and Dignity of Persons with Mental Disorder with regard to Involuntary Placement and Involuntary Treatment” as it would represent a complete step backwards in terms of the advances we have made and plan to make in the future since the adoption of the UN CRPD, such as legal capacity in all cases, liberty, freedom from torture and other ill-treatment, and the right to health care based on free and informed consent. ENUSP emphasizes that the Draft Additional Protocol needs to be withdrawn, and be replaced with an instrument that supports and will lead to the full implementation of the UN CRPD in all aspects of mental health care and social support throughout Europe, including a shift from exclusion to inclusion, and a shift from coercion to real mental health care.

There should not be a “two-track” human rights system based on the CRPD of the United Nations and instruments enacted by the Council of Europe. With the potential adoption of the Draft Additional Protocol, Governments would have a formal excuse not to implement the significant reforms still required, thus allowing serious human rights violations against persons with psychosocial disabilities to continue and generating conflicts between different legal systems governing human rights throughout the world.

Fortunately, Portugal has officially stated that it will not vote in favour of this Draft Protocol and is the only Member State of the Council of Europe which has put forward this position. However, once one Member State withdraws support, it is much easier for other States to follow.

ENUSP is counting on you to urgently take action against the Draft Protocol in your country and we remain available for any questions you may have or any support you need in this regard.

Please help us to defend our common European Dream of full human rights for every European citizen.