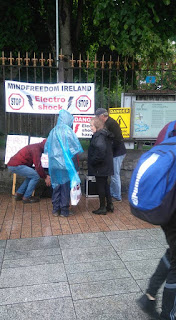 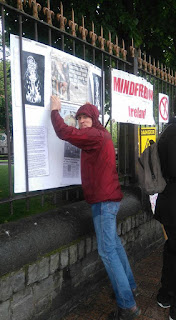 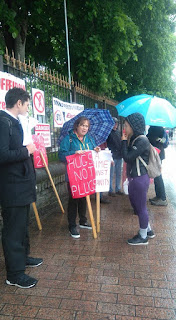 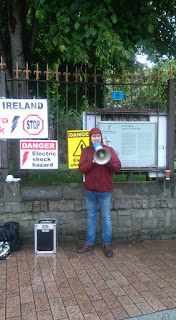 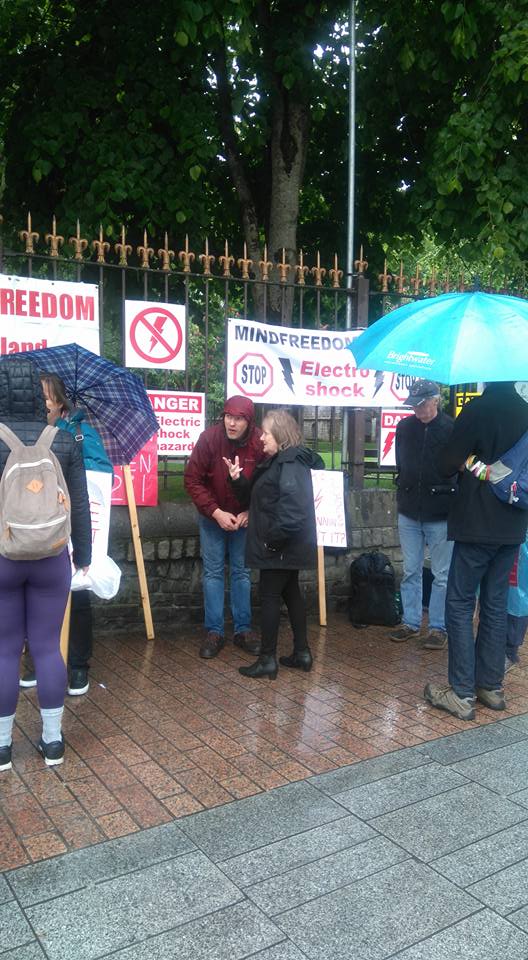 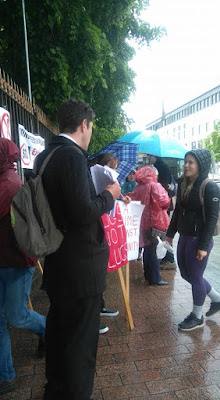 A public protest against the psychiatric procedure of electroshock took  place in Cork on Saturday.

A number of speakers referred to the fact that, following a decline in the 1980's  and 90's, electroshock is now on the increase again.  Apart from causing cellular brain injury it is also, in a ratio of 2 to 1, used more on women than men.  Many of the women are elderly including, recently, a woman of 92.

Grandmother and shock recipient Mary Maddock (69) spoke of a power imbalance faced by the victims of an outdated procedure which she described as a human rights violation.

Other speakers placed the procedure in the context of present day overall forced psychiatric practice which also sees people drugged against their will with no alternatives available.

The protest was organized by MindFreedom Ireland, a Cork based psychiatric survivor movement and marked their 10th anniversary of what was the first ever public electroshock protest in Ireland in 2007.  Similar protests have been taking place worldwide for almost three decades.