The Latest Psychiatric Mentality:
If drugs don’t work on kids—
let’s electroshock them
By Kelly Patricia O’Meara
Published by CCHR International
The Mental Health Industry Watchdog
May 5, 2016
The American Psychiatric Association (APA) is aggressively lobbying the Food and Drug Administration (FDA) to allow it broader use of Electroshock (ECT) on patients, including children.[1] While most Americans don’t realize that electroshock is still used, the fact is more than 100,000 are subjected to electroshock in the U.S. alone—every year.[2] But that’s not enough. Now the APA wants the “power” to electroshock children.[3] That’s right. Children.
The APA states that “having access to a rapid and effective treatment such as ECT is especially meaningful in children and adolescents….”[4] 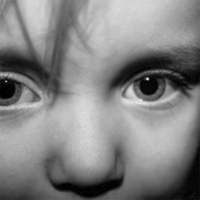 Let’s take a look at how this “meaningful” and “effective” electroshocking of children plays out in real life. A child is laid out on a bed and put under anesthesia.[5] Then they are administered a muscle relaxant. The use of muscle relaxants prior to being electroshocked is due to the fact that the convulsions from electroshock are so violent, that patients commonly used to break bones due to the convulsions the electricity produced in the body.[6] So let’s take a look at the muscle relaxant: The American Academy of Child and Adolescent Psychiatry states in their “Practice Parameters for Use of Electroconvulsive Therapy With Adolescents,” that, “Muscle relaxation is achieved with succinylcholine.”[7] According to the label for succinylcholine, the drug can cause cardiac arrest, severe, prolonged respiratory muscle paralysis, potentially life-threatening and/or fatal allergic reactions.[8] So the risk starts there. Also note the voltage given in today’s ECT is higher than when patients were breaking bones so the muscle relaxant makes it appear less barbaric than earlier electroshock—but its not.[9] Next, electrodes are placed on one side of the head of a child or on both temples; the ECT machine is turned on, sending up to 460 volts and between 550 and 1,000 milliamps of electricity (depending on the machine) through the child’s brain. This electricity shocks the brain producing a seizure that lasts about 60 seconds.[10]
According to the FDA, ECT can cause physical trauma (including fractures, contusions, injury from falls, dental and oral injury) prolonged or delayed onset seizure and complications, including heart attack and even death. Along with these possible outcomes are permanent memory loss, confusion and cognitive dysfunction. And yet the American Psychiatric Association wants to inflict this torture on children. This is simply brain damage being promoted as treatment.[11] According to the FDA, ECT can cause skin burns, physical trauma (including fractures, contusions, injury from falls, dental and oral injury) prolonged or delayed onset seizure and complications, including heart attack and even death.
And the APA’s argument in favor of electroshocking children? It claims there are children who are “treatment resistant,” meaning, they are not “responding” to powerful drugs prescribed to them.  Rather than review both the documented dangers and ineffectiveness of the drugs prescribed, they want to electroshock them.[12]
Considering the drugs prescribed to children carry more than 286 international drug regulatory agency warnings citing side effects of hallucinations, mania, psychosis, suicidal ideation, worsening depression, addiction, withdrawal and a host of other common side effects, any child could be labeled “treatment-resistant” simply because the drugs don’t work. For the APA, it appears it’s not alarming enough that more than 8 million U.S. children are on these dangerous drugs, including 1 million between the ages of 0-5 [13], its argument in favor of ECT appears to be, if the drugs don’t work, electroshock them.
It should come as no surprise to anyone familiar with the APA’s history of “care” for children that the organization is now calling for electroshocking them. It is the APA that is behind pathologizing normal childhood behavior as a “mental disorder.” It is the APA that literally “votes” mental disorders into existence, while backed by pharmaceutical interests. It is the APA that has continuously downplayed the life-threatening effects of the psychiatric drugs they prescribe to children, despite hundreds of drug regulatory agency warnings. It is the APA that argued against the FDA issuing “black box” warnings on antidepressants warning parents that the drugs can cause children to commit suicide.[14]
And it is the APA that wants the power to electroshock children when their drugs don’t work.
The APA’s push for expanded use of ECT further illustrates their disregard for the safety and protection of children, when one understands that ECT device manufacturers do not, and cannot, guarantee the electroshock machines are safe or effective for use on a child, let alone an adult.
Since 1978, the FDA classified the ECT devices as a restrictive Class III, demonstrating “an unreasonable risk of illness or injury.” Why? Because the manufacturers have never conducted clinical trials on the machines and, despite being required to do so, the FDA failed to enforce its own order for the trials to be conducted.[15]
While the APA looks to seizure-inducing, brain-disabling, electricity as a form of “treatment,” lobbying the FDA to make ECT available for children, no one in medicine, let alone psychiatry, has a clue how ECT machines “work” or how passing large amounts of electricity into a child’s brain is in any way “beneficial” to the child (or anyone for that matter).
Despite having no assurance that the ECT machines are safe or effective, since 1976, an estimated 4 million Americans, including children and adolescents, have been used as guinea-pigs with psychiatry’s shock “treatments.”