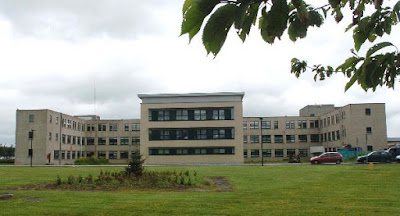 
When MHC inspectors visited the department of psychiatry at St Luke’s Hospital in November 2015, they found nine children had been admitted since a previous inspection in March 2014. They were in the care of staff who did not appear to have any training in Children First, the national guidance for safeguarding children.


However, the inspectors were informed the children had been looked after in single rooms with a nurse allocated solely for their care. All staff in the approved centre had been Garda vetted. None of the children was in the unit for more than nine days.
Responding to the criticism, the HSE said training in Children First would be provided and that “every effort is made to source age- appropriate facilities for all children requiring admission”.
There were 44 residents in the unit at the time of inspection, none of whom were children.
A child was also admitted to Lakeview acute unit in Naas, Co Kildare.
The MHC report said the child’s clinical file “obtained signed consent from the child’s parent”. One-to-one nursing was not facilitated.
Inspectors were also critical of the use of security personnel in two episodes of seclusion at Lakeview over a six-month period in 2015 when it should have been medical or nursing personnel only.
The MHC also conducted the first ever inspection of a new €15m acute unit on Cork University Hospital campus. While it was largely positive, there was an issue around record-keeping vis-a-vis controlled drugs. Inspectors said as the record of the quantity of controlled drugs had been altered in a number of cases, without adequate documentation, and doctors did not record their Medical Council numbers in all instances of prescribing, the centre was not compliant with this regulation.
“This was regarded as a serious breach of the requirements relating to the handling of controlled drugs and was brought to the attention of a senior nurse during the course of the inspection,” the report said.
The issue of leaks was also raised by the inspectors who said that in the weeks prior to inspection last October, “some leaks had occurred; these had been corrected with the exception of two leaks which had resulted in the decommissioning of one bedroom and the exercise room”.
On privacy, inspectors said 46 residents were accommodated in single rooms “which afforded excellent privacy”, but that there was a clear view of the rear garden and its occupants from two nearby houses. The HSE said screening will be provided later this year.
alle domenica, maggio 29, 2016