“All for the Best of the Patient” – Dorrit Cato Christensen 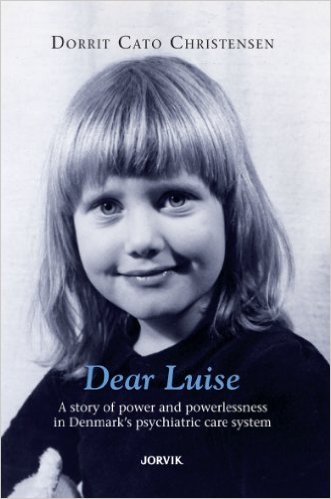 I am sharing my story in support of the CRPD campaign: Absolute Prohibition of Involuntary Commitment and Forced Treatment. This campaign is of utmost importance. Treatment and commitment carried out by force is torture, and must be abolished immediately. For psychiatric ‘help’ to happen by force is a paradox and makes absolutely no sense. It can destroy people’s personality and self-confidence. It can lead, in the long run, to physical and psychological disability – and unfortunately, as I know only too well, it can also result in sudden death.

The antipsychotic medication treatment has complied with the best professional standards. That the outcome has not been satisfactory is due to the nature of the condition and the circumstances that the profession’s knowledge and treatment options are limited.
As stated, I believe that the risk inherent in the medication treatment must be weighed against the sufferings Luise H.C. would have undergone without treatment.

It is incomprehensible that Luise’s treatment was judged up to standard, when in fact they administered psychoactive pharmaceuticals at three times the highest recommended dose. There was no informed consent of this polypharmacy, and nothing written in the hospital records about her treatment in the last days of Luise’s life.
According to the UN Convention, everybody should be equal under the law. So why is this equality not carried out in practice? And why is nobody held responsible when the law is violated? Will we accept a society where far too many people die from an illness that is not deadly? Can we accept a society where forced treatment is often the cause of severe disability?
My answer is NO. Please, STOP forced treatment. Why on earth are psychiatrists so keen on keeping up such dangerous and degrading treatment? I want to tell them: Please get down from your ivory tower. Down to the real world, with real people, and stop saying that this kind of treatment is “for the best of the patient.”


Dorrit Cato Christensen is an author, lecturer and chairman of the Danish association Dead in Psychiatric Care. She devoted her life to helping people who are caught in the psychiatric system after her daughter’s fatal contact with the Danish mental health system. She has chronicled her daughter’s story in her talks and in her book  “Dear Luise: A story of power and powerlessness in Denmark’s psychiatric care system”
a mercoledì, marzo 23, 2016