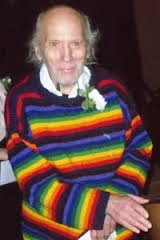 Editor's Note: This blog is a significantly modified version of the article by Don, originally titled "How the prison system in Canada Killed Ashley Smith: A Case Report of Canada on the war against the rebellious youth." It 'was published in Voices, bulletin Psychiatric Association's Survivor Archives Toronto, Vol.4 # 3 (October) 2013.

Don Weitz is an antipsychiatry and social justice activist and psychiatric survivor. He is co-editor of  Shrink Resistant: The struggle against psychiatry in Canada , and author of the e-book  to speak out against psychiatry: Notes towards abolition.